Since establishing Stout Kaiser, Carter has cultivated a business culture that reflects a high level of professional competence and comfort. Whether drafting a lease or negotiating a contract, he has built his practice on looking closely at the details of each transaction and the concerns of all parties and exploring all available avenues to achieve a positive outcome.

As a result, he has entrenched his reputation as a trusted counselor among bankers, commercial realtors, and the lenders, buyers, sellers, landlords and tenants he represents. All have appreciated his accessibility and ability to work with all parties to move transactions to a conclusion. He was awarded the 2013 Member of Distinction Award by the Real Estate Section of the Atlanta Bar Association for his service to the section and the real estate profession. The legal publication Martindale-Hubbell has recognized his excellence by awarding him its highest A-V rating.   He has been named a Super Lawyer every year since 2014. Georgia Trend named him to the 2016 Georgia Legal Elite list.  He was admitted to the State Bar of Georgia in 1985 and is admitted to practice before the Supreme Court of Georgia, Court of Appeals of Georgia, and U.S. 11th Circuit Court of Appeals.

A native Atlantan, Carter is active in legal and community organizations. He served in every officer position for the Real Estate Section of the Atlanta Bar Association. He completed three years as a member of the association’s Board of Directors where he also served as co-chair of the Sponsorship Committee and a member of the Audit Committee.  He is member of the Real Estate Group of Atlanta (“Rega”), Sandy Springs Bar Association, The Lawyers Club of Atlanta and The Old War Horse Lawyers Club. He also serves as Past President of the St. Thomas More Society, the Catholic lawyers association in Atlanta.  He served as Director at Large for the Dunwoody Rotary Club who named him Rotarian of the Year for 2015-2016.

In the community, Carter is actively involved in his church. As former chair of Finance Council, he played a major role in the capital campaign and on the committee that oversaw the renovation of the parish hall. He completed a three year service on the Finance Council of the Catholic Archdiocese of Atlanta. An Eagle Scout, he was an advancement coordinator of his son’s Boy Scout troop. He is a member of Dunwoody Rotary Club, the Brookhaven Chamber of Commerce, and the Dunwoody Chamber of Commerce.

Before establishing Stout Kaiser, Carter was a partner with Lamberth, Cifelli, Stokes & Stout, P.A., a 15-attorney firm in Atlanta, where he practiced commercial real estate and corporate law for more than 20 years. 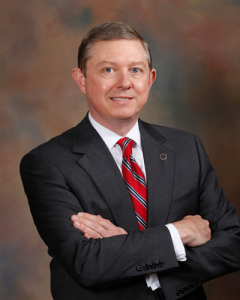